European citizens are living longer, gaining years, which they should spend with the highest quality of life. Europe needs a new approach to medicine fuelled by powerful technologies that will help people remain healthy throughout their lifetime. Not only do we have to change the way diseases are detected and treated, we also need to prepare for emerging health challenges. Digital and biomedical technologies have the capacity to potentiate other breakthroughs and transform medicine. Their integration promises to provide high-quality healthcare, strengthen Europe’s research and health industry, innovation capacity and global leadership. What are the steps that should be prioritised at a European level to boost this potential? Our high-level guests from politics, science, industry and the clinics will share their vision with you. 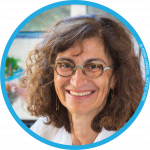 Geneviève Almouzni, PhD, (EMBO member, Member of the French Academy of Sciences, fellow of the American Association for the Advancement of Sciences, Director of the Research Center of the Institut Curie from 2013 to 2018 and honorary director since then) is director of research exceptional class at the CNRS. She has been leading the Chromatin Dynamics team at Institut Curie, Paris since 1994. With a focus on chromatin assembly, she is a world leader in understanding genome organization and function during development and disease, such as cancer. She is a member of the ERC Scientific Council, served on the EMBO Council and co-chairs the LifeTime initiative. 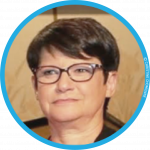 Christine Chomienne, Vice-Chair of the Mission Board Cancer, European Commission

Christine Chomienne is Professor of Cellular Biology at the Université de Paris, France. She is currently Vice-Chair of the Mission Board Cancer at the European Commission. She was Director of Research and Innovation at the French National Cancer Institute (INCa) and Director of the Cancer Institute of France Research Organisations (Inserm & AVIESAN). She is past president of the European Hematology Association. 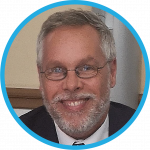 Domenico De Martinis, Ministry of University and Research, Italy, Directorate-General for the coordination and valorisation of research and its results

Domenico De Martinis, biologist, scientist at ENEA – Italian  National Agency for New Technologies, Energy and Sustainable Economic Development – since 1992, with 15 years of active research experience in plant biology and biotechnology, is currently dealing with science policy issues and science management at national and international level. Graduated in Rome, he completed his MSc studies in Madrid and PhD studies in  Nijmegen (NL). After a short post-doc experience in London, he moved to science project management and policy at the European Commission, in Bruxelles, as Seconded National Expert. He is currently seconded at the Ministry of University and Research for the coordination and valorisation of the Italian research in the international spheres. 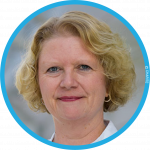 Angelika Eggert, Director of the pediatric oncology and hematology department at the Charité-Universitätsmedizin Berlin

Angelika Eggert is a specialised physician for pediatric oncology and haematology and Einstein Professor at the Charité-Universitätsmedizin Berlin. Moreover, she is the director of the Pedtric Onology and Hematology Department at the Charité. Angelika Eggert conducts her research on the neuroblastoma, a tumor causing the death of half of the suffering children. 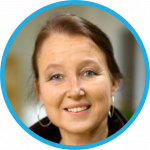 Anna Lönnroth Sjödén is since 1 June 2019 head of the Healthy Lives unit at the European Commission’s Directorate-General for Research and Innovation (DG RTD). The unit aims to ensure that R&I policies and programmes accelerate a better understanding of health at all ages and the achievement of effective and widely implemented strategies for preventing illness. This encompasses the study of all health determinants, including personal biological pre-dispositions and external factors e.g. environmental, climatic, chemical, food, occupational or lifestyle-related. It also encompasses the development of tangible solutions and interventions in terms of health promotion, disease prevention, screening programmes and technologies for assessing exposures. Prior to this assignment, Anna was leading the Strategy for Health unit since September 2018. Before that, she was heading the Life Sciences unit at the European Research Council Executive Agency, where she managed the scientific evaluation and monitoring of ERC frontier research grants. Before joining the ERC in 2013, she was deputy head of the Infectious Diseases and Public Health unit at DG RTD. She joined the European Commission in 1994 as a scientific officer to work on EU research funding in genomics. She holds a PhD in molecular genetics from the Karolinska Institute in Stockholm. 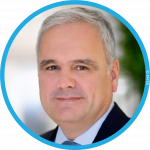 Stefan Oelrich, Member of the Board of Management of Bayer AG, President Pharmaceuticals

Stefan Oelrich is a member of the Board of Management of Bayer AG and President of its Pharmaceuticals Division, a position he has held since November 2018. Prior to joining the company, he was on the Executive Committee of Sanofi, leading its global Diabetes & Cardiovascular business. During his seven-year tenure, he was also at the helm of Sanofi Germany, Switzerland and Austria, as well as the Diabetes and Cardiovascular business unit in Europe. From 1989 to 2011, Mr. Oelrich held various leadership positions in the health care business of Bayer AG with extensive international experience spanning Latin America (Argentina, Uruguay), Europe (France, Belgium) and the United States. Mr. Oelrich is a member of the Supervisory Board of the university hospital Charité, member of the Supervisory Board of the Berlin Institute of Health and member of the Board of the American Chamber of Commerce in Germany. 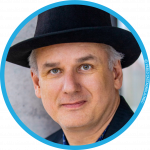 Nikolaus Rajewsky uses both computational and experimental molecular biology methods to study the function of RNA in animal development and stem cells. Nikolaus is a Professor at the Charité, the Max Delbrück Center, and the Humboldt University in Berlin. He has received numerous awards, including the most important prize in Germany (“Leibniz” award). In 2008 he founded and since then chairs the “Berlin Institute for Medical Systems Biology” (“BIMSB”, a new MDC center, now 17 labs and a new building in the center of Berlin). His latest research (and of Colleagues) using single-cell approaches was featured in Science “Breakthrough of the Year 2018”. Nikolaus serves as coordinator of LifeTime. 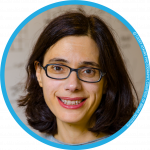 Aviv Regev joined Genentech in August 2020 as Executive Vice President, Genentech Research and Early Development. In this role, she is responsible for the management of all aspects of gRED’s drug discovery and drug development activities. In addition, she is a member of the Genentech Executive Committee and a member of the expanded Corporate Executive Committee for Roche. Prior to Genentech, Regev served as Chair of the Faculty, Core Institute Member, founding director of the Klarman Cell Observatory, and member of the Executive Leadership Team of the Broad Institute of MIT and Harvard, as well as Professor of Biology at MIT and Investigator at the Howard Hughes Medical Institute. She is a founding co-chair of the Human Cell Atlas. Regev has served on multiple corporate advisory, scientific advisory, and journal editorial boards, including the advisory committee to the National Human Genome Research Institute at the National Institutes of Health. Regev is a leader in deciphering molecular circuits that govern cells, tissues and organs in health and their malfunction in disease. Her lab has pioneered foundational experimental and computational methods in single-cell genomics, working toward greater understanding of the function of cells and tissues in health and disease, including autoimmune disease, inflammation and cancer. 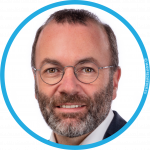 Manfred Weber is Chairman of the European People’s Party (EPP) Group in the European Parliament. Born in Lower Bavaria in 1972, after a vocational baccalaureate and his military service, he became an engineer in physical technology working on environmental management and occupational safety. After two years as Member of the Bavarian State Parliament, he joined the European Parliament in 2004, where he became the EPP Group’s Home Affairs Spokesman in 2006 and Vice-Chairman for Legal and Home Affairs in 2009. Since 2014, he is Chairman of the EPP Group. In 2019, he was the EPP lead candidate for the European elections. In the Christian Social Union (CSU) Party Manfred Weber has been Chairman of the Party Youth and District Chair for Lower Bavaria. Since 2015, he is Vice-President of the Party.

Angelika Eggert, Director of the pediatric oncology and hematology department at the Charité-Universitätsmedizin Berlin

Panel discussion – A lifetime impact: how to unleash the innovation potential of biomedical technologies?

Closing remarks – Next steps towards solutions for Europe